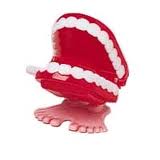 Wade had some serious mouth trauma at an early age (a baseball bat in elementary school gym class) and as a result has some fake teeth. To be more precise, his front four teeth are fake. He had his first “permanent” bridge put in when he was 16. They don’t last forever and in the last year he was starting to notice some problems. He has been consulting with numerous dentists and had his first surgery (of many) last week – gum and bone graph. It took two full days for the numbness to wear off. Then he started feeling the discomfort. Other than having a lot of milkshakes (a real hardness for Wade) he’s done really well. He goes back next week for a follow-up (and hopefully everything “took”). Then it’s waiting a little while till the next surgery. Poor Wade.