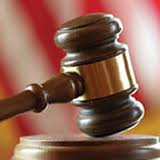 I have had an interesting week. Today the jury deliberated and finally agreed on a verdict. We found a young father guilty of “recklessly causing great bodily harm”. His daughter was 24 days old when the incident occurred. He admitted to the police that he was angry and frustrated (three children and neither parent had a job). He admitted that the baby was fussing and he pulled her legs. The manner in which he pulled the legs caused four fractures. The state had a doctor from Children’s Hospital testify about the injury and how they occur (only with one particular motion, never during play or an accidental drop, and require abusive force). The twelve people on our jury could not agree that the young man “intentionally caused great bodily harm”, but we all agreed he was guilty of child abuse. The judge had given us the second, lesser option of “recklessly causing great bodily harm” and we finally all agreed. It was interesting to see the system at work, but I’m glad I won’t have to serve again for at least four years.

The other interesting part of my week is the role reversal that Wade and I experienced. He stayed home all day with Alex and I was gone from 8 till 5. We both agreed that we have a greater understanding for what the other does all day and wouldn’t want to switch jobs on a permanent basis. Tomorrow I plan to play with my boy!