Finally He Gets It

Wade has been using an old school razor, brush, and shaving soap for years. For the last few years he has had a restored razor on his list – preferably a Wade & Butcher. The problem here is finding a restored razor already restored (very hard to do) or finding someone willing to do all the legwork and restoration. Wade finally put a link on his Christmas list this year to someone who does sell restored razors (provided by the owners). I contacted the man just to ask if he would possibly hunt down a particular razor for me and then restore it. The man was amazing and within in two months (and only two weeks past his birthday), I had Wade the razor he had always wanted. 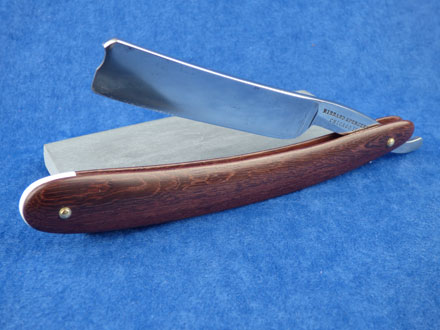 « Birthdays And Sounding It OutEarly Birthday »